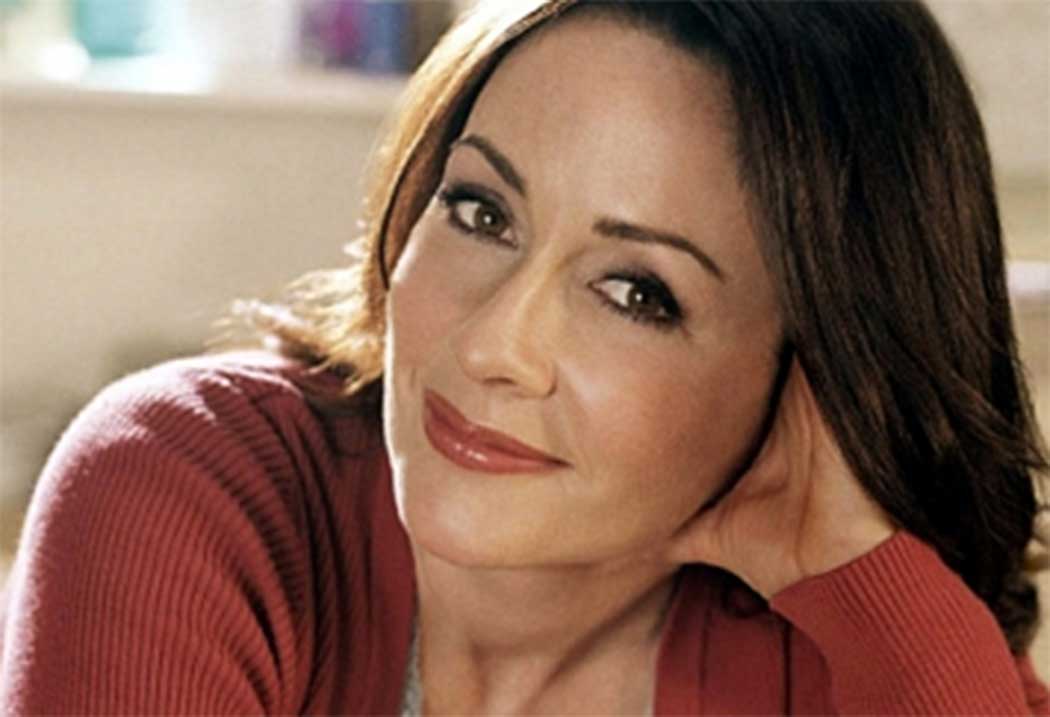 Of all the mothers on TV, Patricia Heaton’s Frankie rings truest. So much for the Real Housewives of anywhere — Frankie’s the real deal: no heels, no full makeup and no The Middle’s Patricia Heaton answers filled with lunching out and shopping. Now in its sixth season, ABC’s The Middle (Wednesdays) continues to find amusingly relatable storylines. And Heaton, a mother of four boys ages 21, 19, 17 and 15, can more than relate to Frankie, although she’s happy she’s got boys vs. her complicated TV daughter Sue (Eden Sher). “They are much easier than girls. There is never too much emotional drama. Boys don’t seem to be terribly worried about grades or accomplishments, at least not mine.”

In this season’s holiday episode of The Middle titled “The Christmas Wall,” airing Wednesday, Dec. 10 at 8pmET, Frankie has had enough of schlepping out the Christmas decorations and trying to make the perfect holiday for her family — who she feels doesn’t appreciate all that she does for them — and decides to kick back on the couch and have a minimalist Christmas this year.

Earlier this fall, Heaton took time out of her own crazy schedule to answer our “7 Questions. ”

1. You’re at a magazine rack and can only pick three titles. Which ones do you choose?
Patricia Heaton: Architectural Digest, The New Yorker and Rachael Ray’s magazine because she always has fast and easy recipes. I should actually try cooking one of them.

2. If your TV carried just three shows or networks, what would they be?
The Walking Dead, Downton Abbey and Property Brothers.

3. What has been your strangest fan encounter?
One girl, when I was on Everybody Loves Raymond, she was probably in her late teens and she met me. I was doing a book signing and she could not stop weeping at the opportunity of meeting me. She was hysterical. I didn’t know what to do. I almost felt like I needed to call the EMS. She was shaking and sobbing.

4. Tell us about a time when you were starstruck.
I am starstruck by everybody. I can’t even believe I am in the industry. I was starstruck most recently meeting Bryan Cranston when he was doing his play on Broadway, All the Way. I was very excited to meet him. And Meryl Streep, and she is so gracious and wonderful. Oh, and Holly Hunter. I was at a beauty salon and she came out of the ladies’ room — I was almost like the crying girl. I think I scared her. She didn’t know who I was. I saw fear in her eyes.

5. What are three things you have to have in your fridge or pantry?
Greek yogurt, bacon and cheese.

6. How do you relate to Frankie?
I do, even though our financial circumstances are wildly different. I think every mom has the same concerns and worries. It has nothing to do with money, and has to do with: Am I a good mom? Am I doing the right thing for my kids? So often our best intentions backfire on us. And they turn around and say, “You are ruining my life!” when all you ever intended was to make things better. We are all juggling jobs and family and obligations. It is not easy. It is fulfilling but tough.

7. What have been some of your favorite moments on the show?
I love when Sue is triumphant, and I loved when she was trying out for the cross-country team and following along and grass was being blown on her and it was raining and they were calling her wrong names because no one can remember her name. I love her enthusiasm. I love the relationship between the kids.

As featured on Channel Guide Magazine.