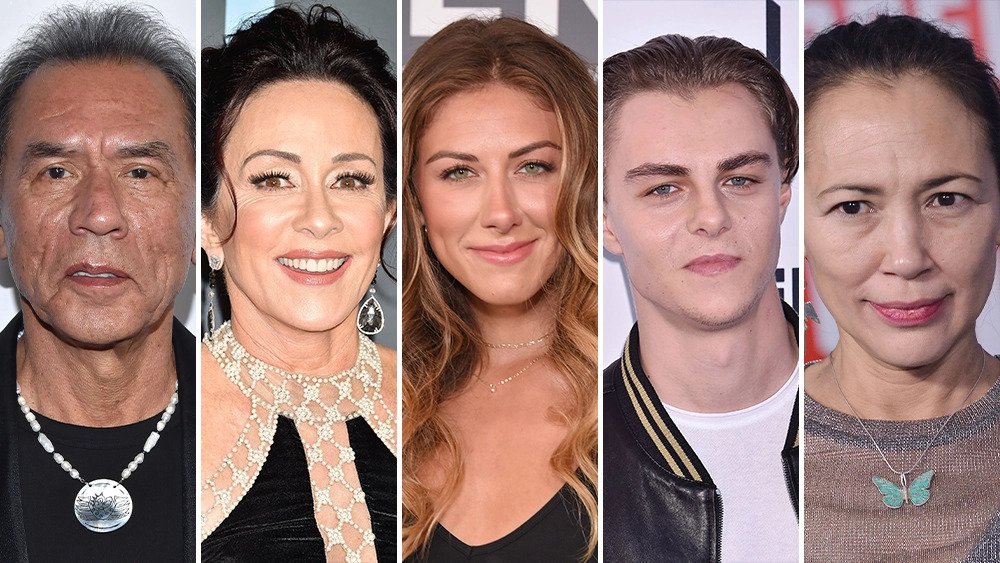 EXCLUSIVE: Wes Studi (Hostiles), Patricia Heaton (The Middle), Perry Mattfeld (In the Dark), Chris Galust (Give Me Liberty) and Irene Bedard (The Stand) have joined the cast of Mending the Line.

They’ll appear in the film, which is currently in production in Montana, alongside previously announced cast members Brian Cox (Succession) and Sinqua Walls (Resort to Love).

The drama directed by Joshua Caldwell (Infamous) centers on a Marine injured in Afghanistan who makes his way to a VA hospital in Montana. There, he meets a damaged Vietnam vet who teaches him fly fishing as a means of coming to terms with his physical and emotional trauma.

Cox and Walls are exec producing with Mark Comora, Kyle David Crosby, Roger Goff, Brett Cravatt, Keith English, Robert Ogden Barnum and Rick Sasner. The film is being made in partnership with the United States Marine Corps Entertainment Office, and with the support of the Montana Film Office.

“We are really excited about the opportunity to shed an important light on veterans’ mental health, particularly the devastating effects of PTSD,” said MacLeod. “The conversation about mental health should not be an uncomfortable one, and we hope our film can elevate the discussion to a level where our story’s message can be impactful in creating true and meaningful change in the veteran community and beyond.”

Studi is represented by Domain Talent and Michael Black Management; Heaton by UTA, Vault Entertainment and Skrzyniarz & Mallean; Mattfeld by Innovative Artists; Galust by Stride Management; and Bedard by Vox.

Caldwell is with CAA, Coronel Group, and Hirsch, Wallerstein, Hayum.

ComingSoon is debuting an exclusive Unexpected trailer for the upcoming comedy based on the Bob Tarte novel Enslaved by Ducks.