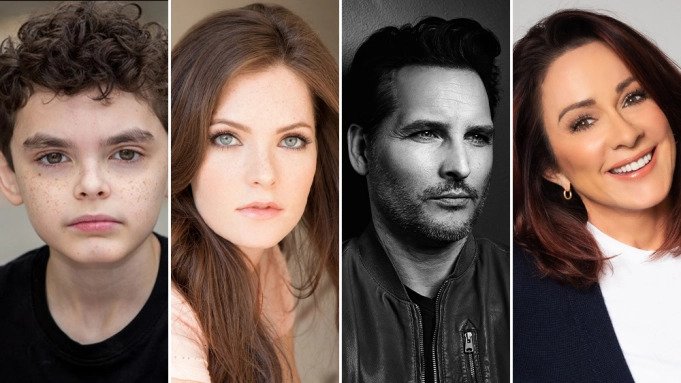 EXCLUSIVE: Jacob Laval has landed the title role in The Unbreakable Boy, joining previously announced star Zachary Levi in the inspiration drama from Kingdom Story Company and Lionsgate. Meghann Fahy, Peter Facinelli, Drew Powell, Pilot Bunch, and Emmy winner Patricia Heaton are also set to co-star in the film which was written and will be directed by Jon Gunn.

The film is based on the novel The Unbreakable Boy: A Father’s Fear, a Son’s Courage, and a Story of Unconditional Love by Scott M. LeRette. It centers around Austin (Laval), born with both a rare brittle-bone disease and autism. What makes Austin truly unique is his joyous, funny, life-affirming worldview that transforms and unites everyone around him – especially his dad, Scott (Levi), who changes his life as he comes to see Austin not as the symbol of something broken, but the triumph of an indestructible spirit.

Jon Erwin, Andrew Erwin, and Kevin Downes will produce through their Kingdom Story Company banner with Jerilyn Esquibel and Facinelli, who optioned the book and brought it to Kingdom Story. Meredith Wieck and Chelsea Kujawa are overseeing for Lionsgate.

Laval, whose credits include HBO’s The Plot Against America and Jessica Jones, is repped by Take 3 Talent. Fahy, best known for starring on Freeform’s hit series The Bold Type and also appeared opposite Jessica Chastain in Miss Sloane, is repped by Paradigm and Anonymous. Facinelli, known for his roles in the Twilight franchise and Nurse Jackie, most recently wrote, directed, and produced The Vanished, starring Thomas Jane, Anne Heche, and Jason Patric. Repped by Mainstay Entertainment and A3 Artists Agency, his upcoming film projects include The Ravine and 13 Minutes.

Powell starred on Fox’s Gotham series and is recurring on the upcoming CBS All Access drama series Coyote. His reps are Artists & Representatives and Untitled Entertainment. Bunch, repped by Untitled Entertainment and People Store Agency. recently guest-starred on HBO’s The Outsiders, and appeared in Netflix’s Dolly Parton’s Heartstrings. Heaton, a two-time Emmy-winner for her performance on Everybody Loves Raymond, is  with UTA, Vault Entertainment, and Skrzyniarz & Mallean. Her credits also include starring on ABC’s long-running series The Middle and CBS sitcom Carol’s Second Act.