Written and executive produced by English comedian/writer Laura Solon, Kill Jill centers on an idealistic graduate who’s desperate to escape her small hometown. She takes a job with a glamorous West Coast businesswoman who appears to have it all — including a plot against her life.

Kill Jill stems from the pod deal FourBoys inked with WBTV in August. The company’s TV President Rebecca Stay has spearheaded the development, along with Heaton, Hunt and Solon. Founded in 2001 by husband-and-wife acting duo Heaton and Hunt, FourBoys was named after the couple’s four sons.

FourBoys Entertainment’s credits include features Moms’ Night Out for Sony starring Sarah Drew and Sean Astin and Amazing Grace for Walden Media starring Ioan Gruffud and Albert Finney, documentary feature The Bituminous Coal Queens of Pennsylvania for Netflix, The Engagement Ring for TNT, the web comedy Versailles and the recent Hallmark TV movies The Christmas Heart and Christmas At The Cartwright’s.

Solon is repped by Gersh. 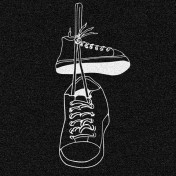